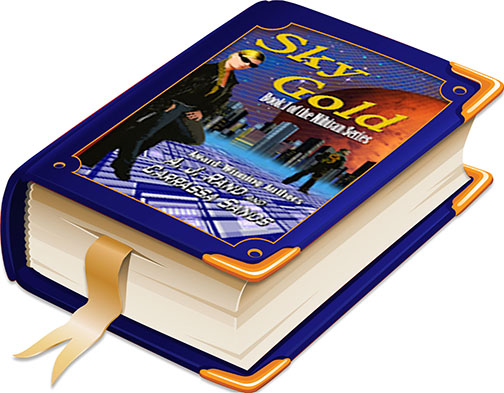 Raised in the bosom of Corporate control, Tuke now traverses the edge of two worlds. Forced to hide her psionic abilities from both sides, she is as disgusted by the fanatics of the alien Nibiran cause as she is by the fanatical religious element in control. She profits by selling information and services to the highest bidder, with herself as the only thing she holds sacred.

Her latest assignment: Locate the Underground rebel who is circulating the anti-Corp newsletter that holds information the Corps would rather not have come to light. Using every resource available, Tuke finds much more than she bargained for when forced to work with Baell, a psion who pulls her deep into the heart of the Nibiran Underground.

The future of mankind unravels beneath a past built on a web of deceit and treachery. Tuke discovers that the Earth is poised on the edge of destruction at the hands of the Nibiran race. She can possibly prevent it…but only if she is willing to lose herself in the process.